The TRIPOD Group is a large international group comprising statisticians, methodologists, healthcare providers and medical journal editors. Just as the TRIPOD Statement is a tool that evolves in response to the emerging evidence, the membership of the TRIPOD Group is dynamic, evolving in response to emerging projects and needed expertise so that new ideas are continually absorbed as new members contribute on specific projects. 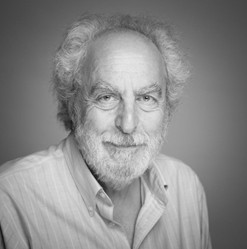 Doug Altman, professor of statistics in medicine at the University of Oxford passed away, aged 69 years, on the 3rd June 2018, from bowel cancer. He was one of the most distinguished and influential applied medical statisticians in the last 30 years, as illustrated by his publication record comprising over 750 articles, letters and editorials amassing over 360,000 citations. As of 17 February 2020, his h-index is 227, making Doug one of the most highly cited researchers of all time (annually and on the ISI list of highly cited researchers since 2002), and the most highly-cited statistician).

He was Director of the Cancer Research UK Medical Statistics Group, from 1988, and in 1995 moved to Oxford to set up the Centre for Statistics in Medicine, for which he was founding Director until 2017. During his illiustrious career, he received numerous awards, most notably in 1997, the Bradford Hill Medal awarded by the Royal Statistical Society, in 1998 awarded the title of Professor of Statistics in Medicine (at the University of Oxford), and in 2015, the BMJ Lifetime Achievement Award.

With his long-time friend and collaborator Professor Martin Bland, their 1986 Lancet paper (which led to a plot being named after them, the Bland-Altman plot) on methods of measurement agreement, has been cited over 40,000 times – the most cited paper in that journal (29th highest cited paper, ever!), a similar feat also achieved with papers on this topic in Statistical Methods in Medical Research, the Statistician, Ultrasound in Obstetrics & Gynecology, and the Journal of Biopharmaceutical Statistics. Whilst most researchers would be content for just one of these achievements, Doug managed to have the (current) highest cited papers also in the BMJ and PLoS Medicine, and possibly other journals too. These metrics highlight the wide audience that his research reached and the influence of his work.

However, it was in the area of improving research conduct and reporting where Doug had a long-standing interest.  His 1994 BMJ paper ‘The scandal of poor medical research’ was recently recognised as the most important paper published by the journal in the last 20 years.  He had a relentless passion to improve how health research was conducted and reported. Anyone lucky enough to know, work, collaborate, or hear him speak, would soon be captivated by his desire to improve the methodological and reporting quality of health care research. Those who worked closely with Doug, would receive numerous emails from him saying “What do you think about the nonsense in this paper, how can this paper get published – should we write a letter to the editor?”, which he often did. As well as highlighting when researchers ‘got it wrong’, Doug was prolific in writing educational articles helping researchers get a better understanding of statistics. His long-running series of BMJ short statistics notes (primarily with Marin Bland) have made an enormous impact in explaining various statistical concepts to a largely medical audience.

Doug felt there was no excuse for poor reporting – ‘can’t authors just tell us what they did’, he would say. In 2006, he founded the EQUATOR Network (with centres now in the UK, France, Canada, and Australia), with a mission to improve the quality of scientific publications by promoting transparent, accurate and complete reporting of health research. He was often the instigator, and prominent figure in the development of numerous reporting guidelines (including CONSORT, STROBE, PRISMA, TRIPOD, REMARK, ARRIVE, STARD, SPIRIT, CARE, etc.) to provide practical guidance to researchers on the key information required to make research findings usable. These guidelines and checklist, and many more he inspired, are now regularly recommended and often required by authors to complete prior to review and acceptance of their paper in many journals. This was all down to Doug’s doggedness to improve the transparency of research.

Doug also had a particular interest in studies of prognosis, where he made many important contributions. He published numerous papers on how (or how not to) handle continuous predictors, and was, rightly so, a fierce critic to anyone who dichotomised continuous variables. In 1994, with Professor Patrick Royston, whom he collaborated on numerous methodological prognosis studies, they proposed a parsimonious parametric modelling framework, which they referred to as fractional polynomials, to model continuous variables (the fourth highest cited paper in Series C of the Royal Statistical Society). He was instrumental in establishing the Cochrane Prognosis Methods group (as well as other Cochrane groups, including the Bias Methods Group and the Statistical Methods Group). He was instrumental in 2010 in establishing the STRATOS Initiative (with Willi Sauerbrei and others) to improve the statistical methodology for observational studies – an initiative launched at ISCB in 2013.

More recently, we were working with colleagues in Utrecht on developing extensions to the TRIPOD Statement (reporting guideline for prognostic models) for large routinely collected (clustered) data, and individual participant data, with Doug’s last visit to Utrecht being in April 2018. Doug would often remark, that these TRIPOD meetings were a highlight of his, as they combined two of his main interests in prognosis and reporting – these meetings were accompanied by eating too much good food and drinking too much good wine (and beer), whilst attempting to converse on football, cycling, cricket and music. Others, I’m sure will have shared this or similar experience with Doug, his presence in TRIPOD, as well as other initiatives such as CONSORT, PRISMA, COMET (and many others) will be sorely missed.

On a personal note, Doug was an inspirational mentor and very unassuming. There were never any awkward silences when he was around, he was always something interesting to say about something, usually scathing about something he read in a journal article, which he had to get off his chest and always respected your view on the issue. A quick 5 minute chat with Doug often turned into 30 minutes, going off on multiple tangents, all fascinating and deeply insightful.

The research community has lost an irreplaceable researcher, who made enormous strides to improve the statistical quality of medical research.